Meet two of our scholarship students! 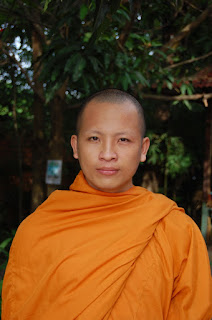 Huot Sothy (27) has a big dream. He is just beginning a bachelor’s degree at Build Bright University in Economics and International Finance because he wants to help Cambodia reduce its dependence on foreign imports and increase its domestic production. He believes that many Cambodians do not understand how to create a strategy to start a business and he wants to address this too.

This vision comes from the son of a fisherman in a small village on the Tonle Sap Lake shores. Dressed in the saffron robes of a Buddhist monk he calmly shares the dreams he’s held since 9th grade with patience and quiet confidence.

In 9th grade his dreams of university studies seemed remote as his father could not afford tuition, with a family of 7 to support. Sothy became a monk in order to pursue his studies, saying “lay people with a good heart let me study.”

Last year, a teacher referred him to JWOC’s scholarship program and he was selected as one of 18 recipients from a pool of over 400. Thus, two months ago this twenty seven year old began his dream from 12 years ago to obtain a university degree. Even though he has just begun his undergraduate studies, he is already dreaming of a doctorate degree and study abroad. His advice to 10 year olds is to “persevere in studying and have a strict future plan.”

It seems his dreams of helping Cambodia develop economically have begun to materialize unwittingly. Over the years, he has “explained the precepts of Buddhism to my sisters, brothers and parents. To avoid harm, respect each other.” Because his family depends upon fishing for its livelihood, his challenge to stop killing takes courage. It seems that his influence with them is such that they have been able to hear his message and his dream about local production. His father has supported his sister in a business that is successful enough that he fishes less. And, his sister’s gratitude to him reveals itself in her offers of financial support for his continued studies.

At the end of our hour interview, we ask Sothy if he has questions for us and he wants to know how he can learn more about the economies of the world. 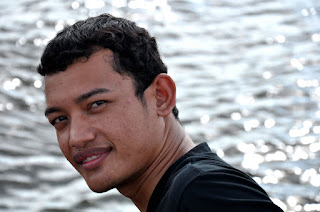 Borey is the youngest of five children and one out of three students from his village who has received a scholarship. Borey’s parents, his two older brothers and his two older sisters are very proud of him: without the scholarship, he would have never been able to afford university.

At high-school, Borey was already very interested in math, physics and chemistry. Not surprisingly, Borey now seeks his challenges in Finance and dreams of becoming a branch manager at a Micro Finance Institution. Making a lot of money, however, is not what drives Borey. He genuinely dreams of having a meaningful impact on his country. Through micro finance loans, Borey wishes to enable people to start and grow businesses.

Borey realizes that, in the villages, education conflicts with young people’s need to work for food and support their families. However, Borey strongly believes that education – despite being a long-term investment – will eventually change Cambodia, its economy, social life and politics: Borey explains that a significant share of Cambodia’s population does not even know about its right to vote in government elections. Hence, education will help people to help themselves and those around them.

Borey is happy to meet people from all over the world. Tourism enables young Cambodians to make money to finance their education. Borey’s dream is to spend time in the U.S. or U.K. in order to further develop himself. In the long-run, however, Borey wants to be a responsible dad and have a family in Cambodia.

Borey is a very ambitious person. In his free-time, Borey plays volleyball and soccer with his friends. However, it is not about winning. Borey defines success as enabling others to pursue their dreams the way Borey does himself.

If you would like to find out more about the Scholarship Programme and how you can get involved, take a look here. 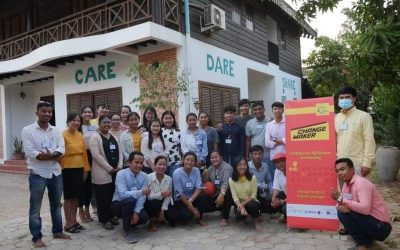 Phum Impact is an initiative by Impact Hub Phnom Penh and acts to boost young innovative entrepreneurs in Cambodia's provinces. Recently, our scholarship student, Sreykeo, and one of our alumni, Sopheap, were chosen to be a part of Phum Impact Siem Reap's Changemaker... 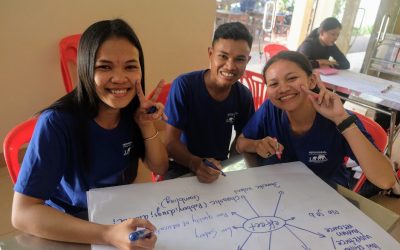 The education system in Cambodia continues to face many challenges, but during the past years there have been significant improvements. JWOC is one of the organizations in Cambodia that builds the capacities of young people by helping them become youth leaders who... 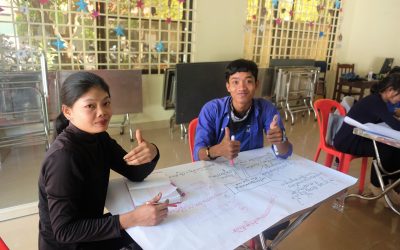 Putting choice (and cash) in the hands of Cambodian youth

The coronavirus has negatively impacted the tourist industry in Siem Reap, resulting in loss of income and jobs. Those affected include JWOC Scholarship students and recent high school graduates who come from low-income families, have little savings, and are...